By sharing this price list with several collectors some 30 or more years ago, it lead to the finding of several items. The only one for which I have a picture is the Estel’s cooler shown below. I heard that a Dalton’s ice chamber had also been found, but I never received a picture of it, and I am not sure what it would look like.

The first factory stamp used by Medalta Stoneware was the round Indian head one but, by 1922, it had been replaced with the oval shaped stamp. Due to the size of the stamp, the piece of pottery had to be fairly large to take it, but both the miniature churn and crock have been found with a stoneware marking. The oval stamps used after the first one are shown below and the ones most likely used in 1922 were the middle two. 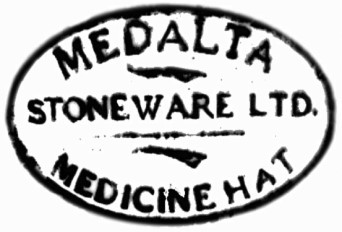 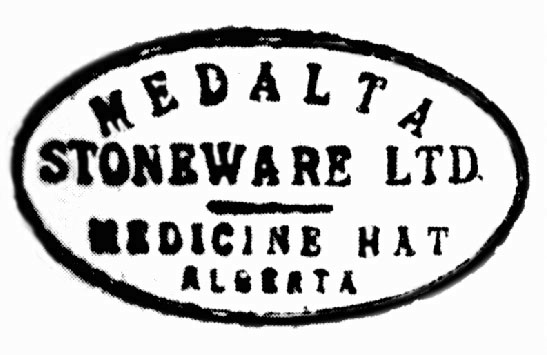 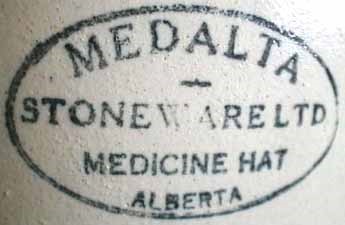 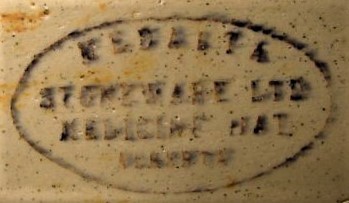 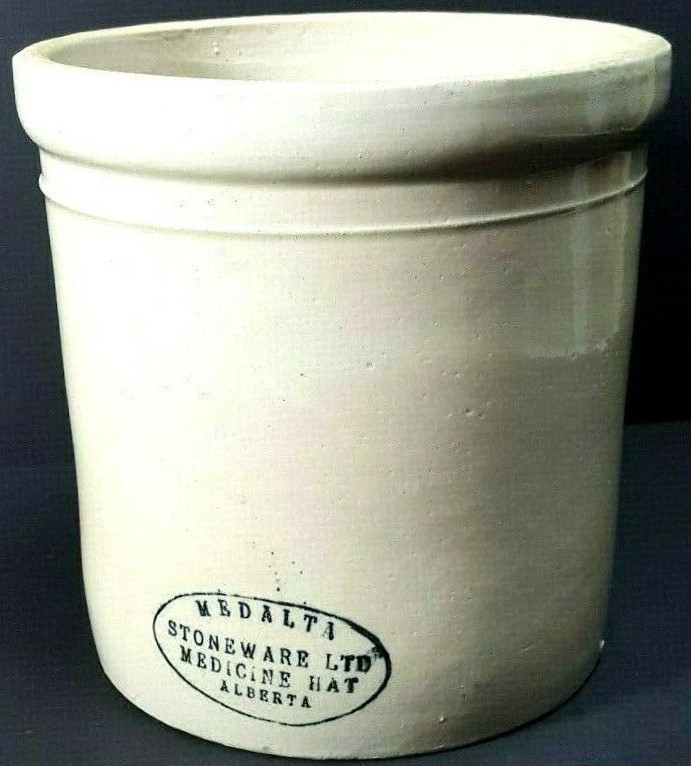 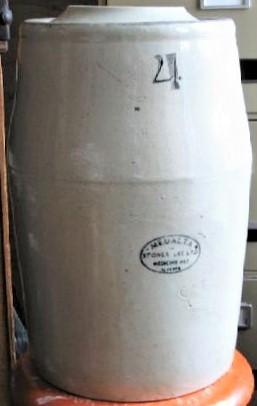 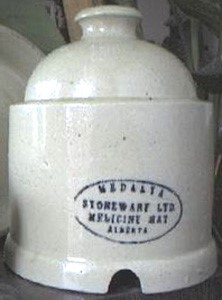 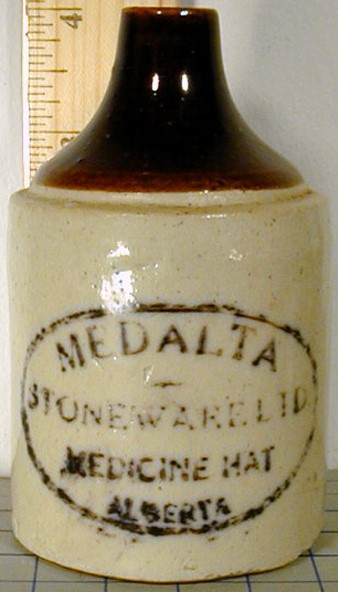 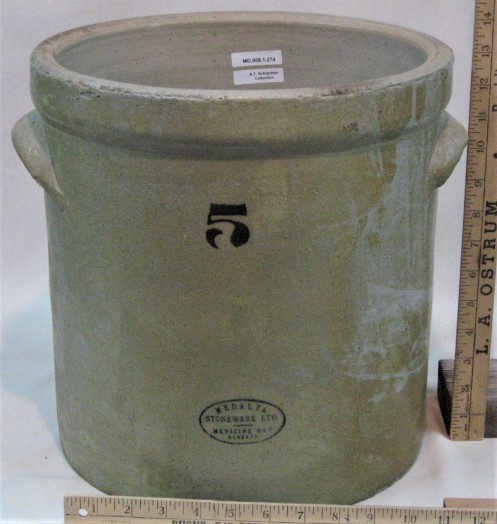 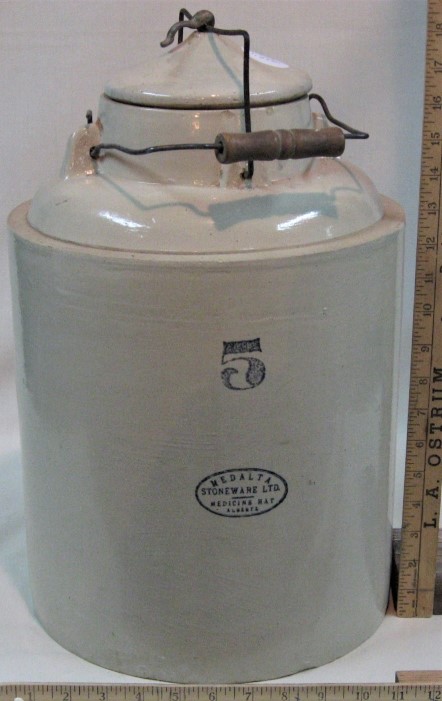 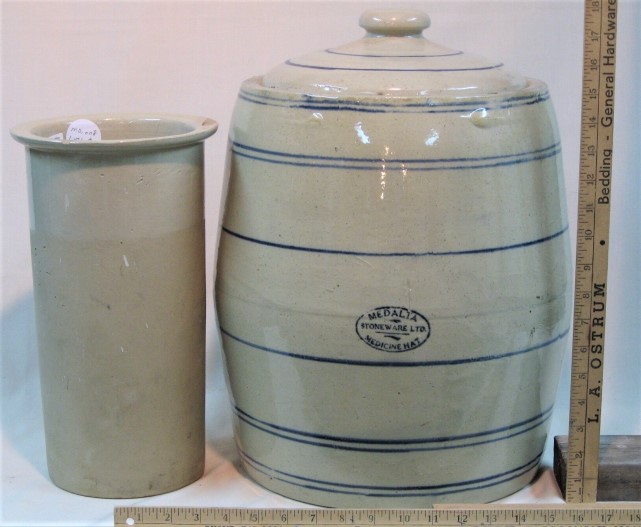 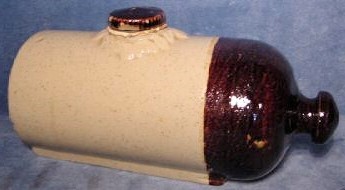 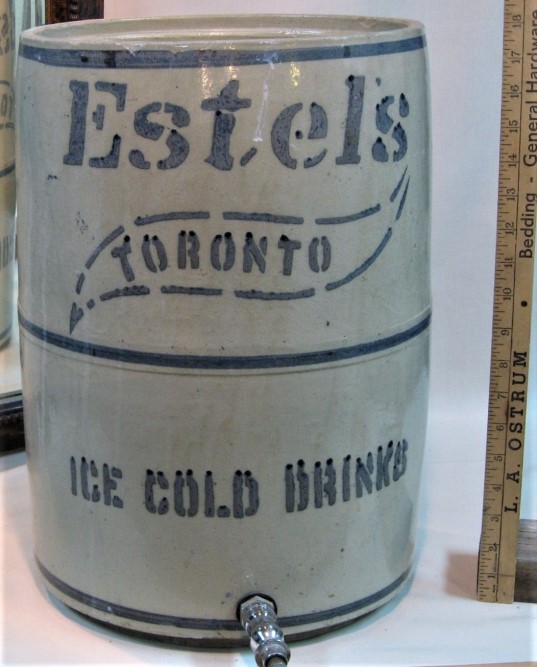 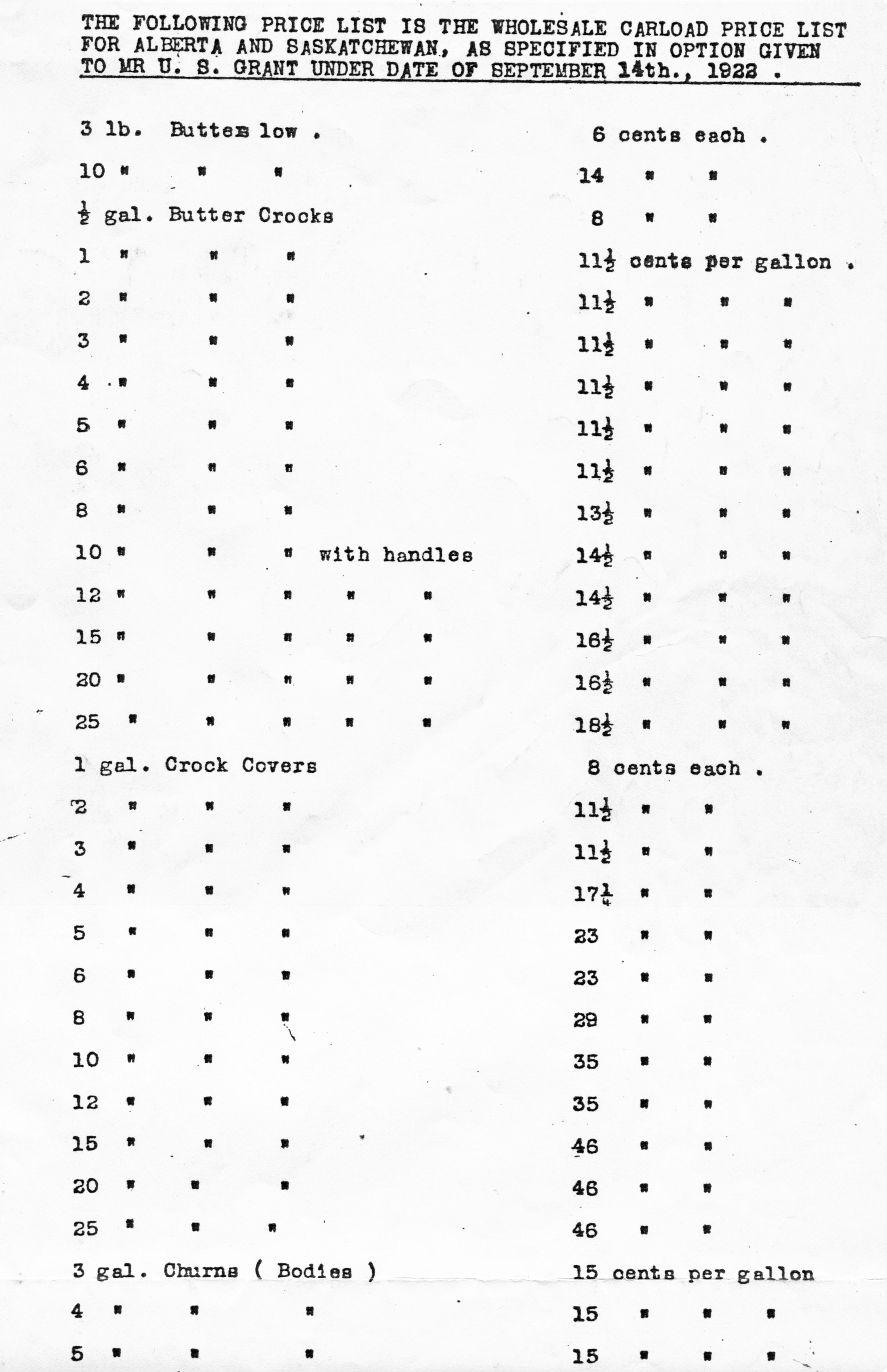 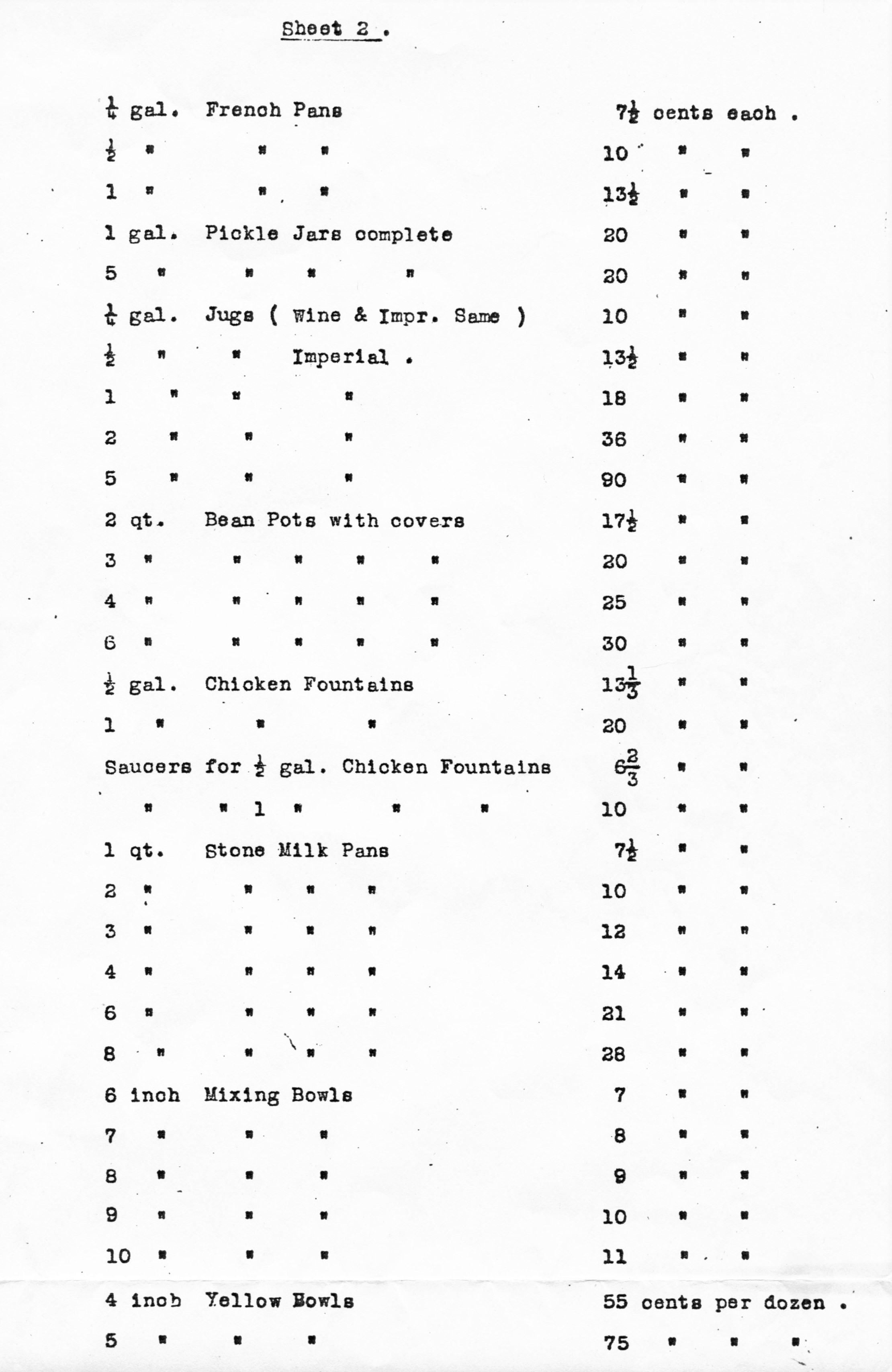 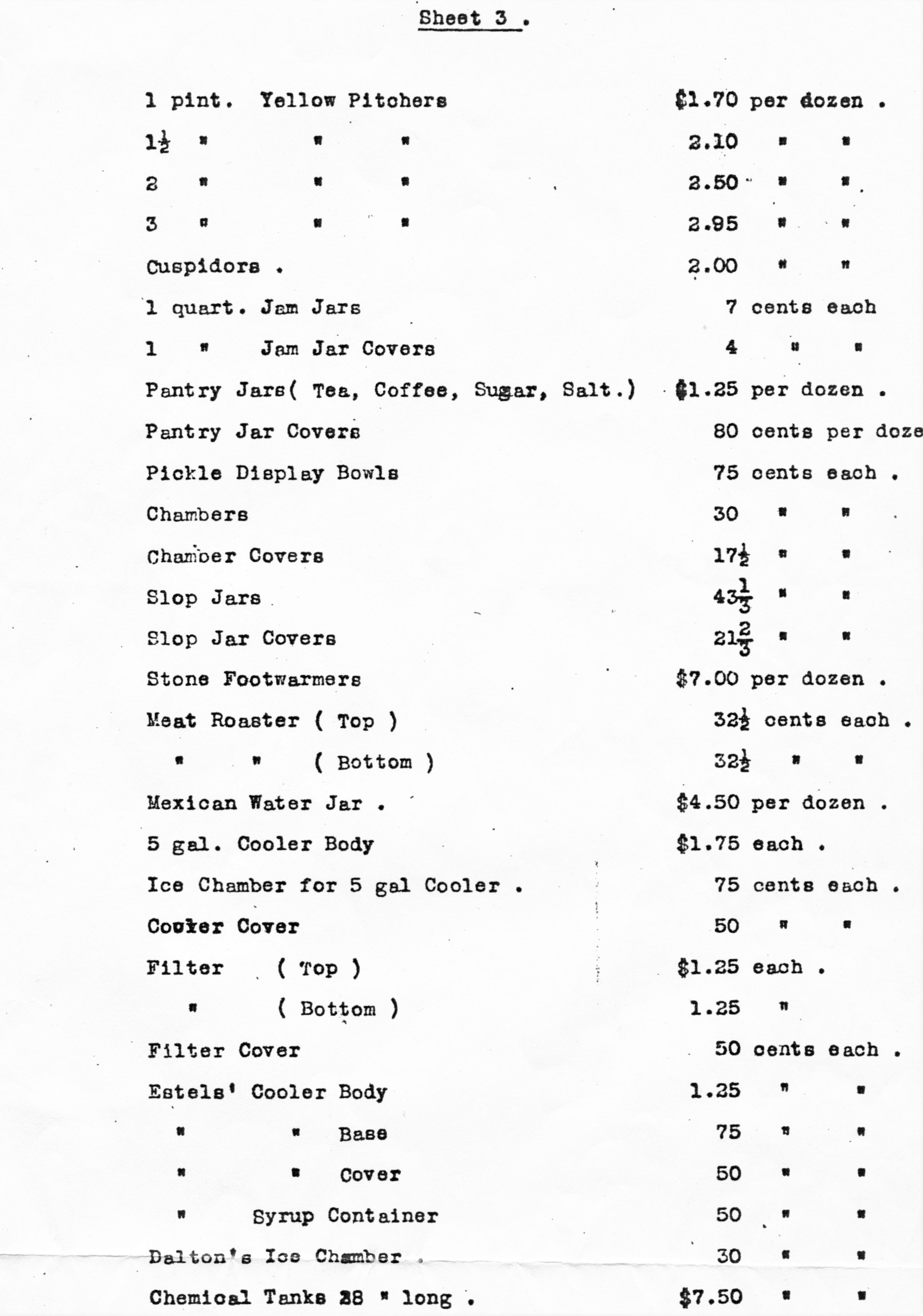 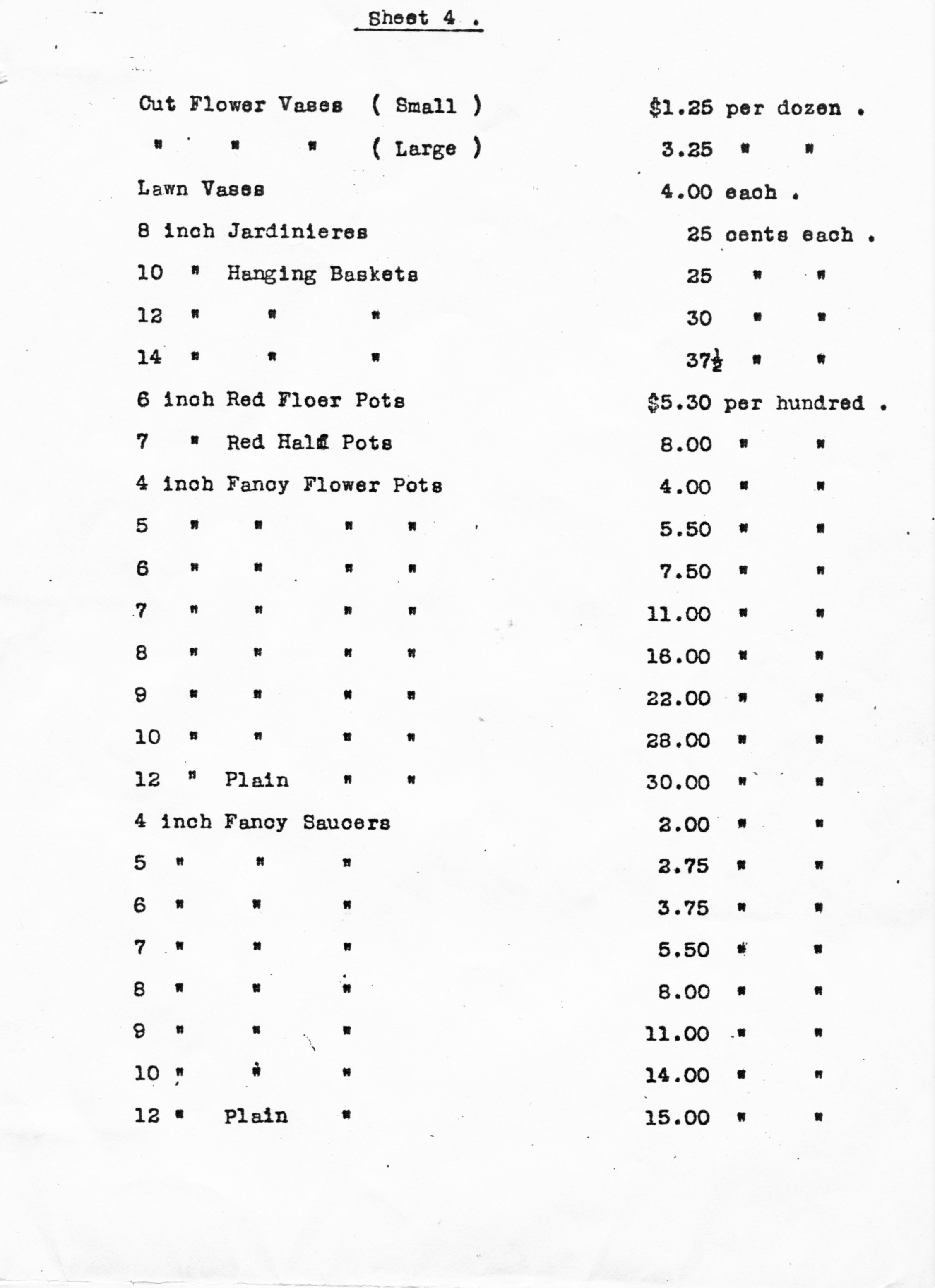