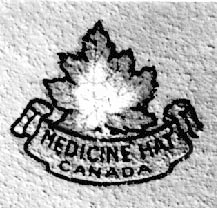 P.1
1930-1940
This stamp has been found on both the twist cord and lug handled cookie jars as well as vase No. 5. All examples have been finished in coloured lacquer decorations dating to the early 1930s. One of the cookie jars was dated by its owners to 1931 as they received it as a wedding present. 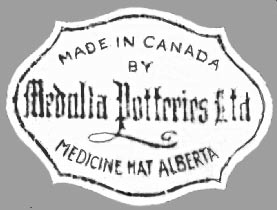 P.2
1932-1945
This stamp with black lettering against a silver background has been observed mainly on artwares - both lamps and vases - and one example of the cracker box. This suggests a starting date of 1932 while the end date of 1945 was assigned on the basis that it has not yet been found on any artwares introduced after 1940. 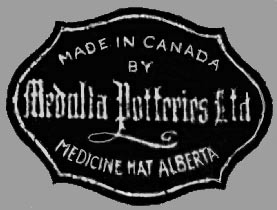 P.3
1932-1945
This stamp is the same as the previous one except the colours are reversed; it is silver lettering against a black background. It has only shown up on artwares introduced during the 1930s. While I cannot yet be 100 percent sure, I believe that this stamp replaced the P.2 one. When you compare the two stamps with the products that they are found on, this stamp appears on items introduced in 1936 while the P.2 one is found on pieces first brought out in 1932. The reason I have given both stamps the same date range is that the sample size of the dark stamp is quite small. 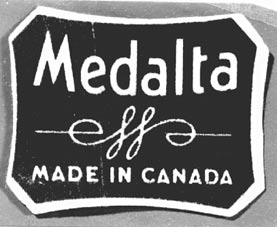 P.4
1932-1945
This label has white lettering against a dark blue or navy background. As it has only been seen once, it is difficult to place it in time. It was found on vase No. 69 finished in coloured lacquers which dates it to the late 1930s. Vase No. 69 was introduced in 1936, and the lacquer finishes were probably discontinued about 1940. 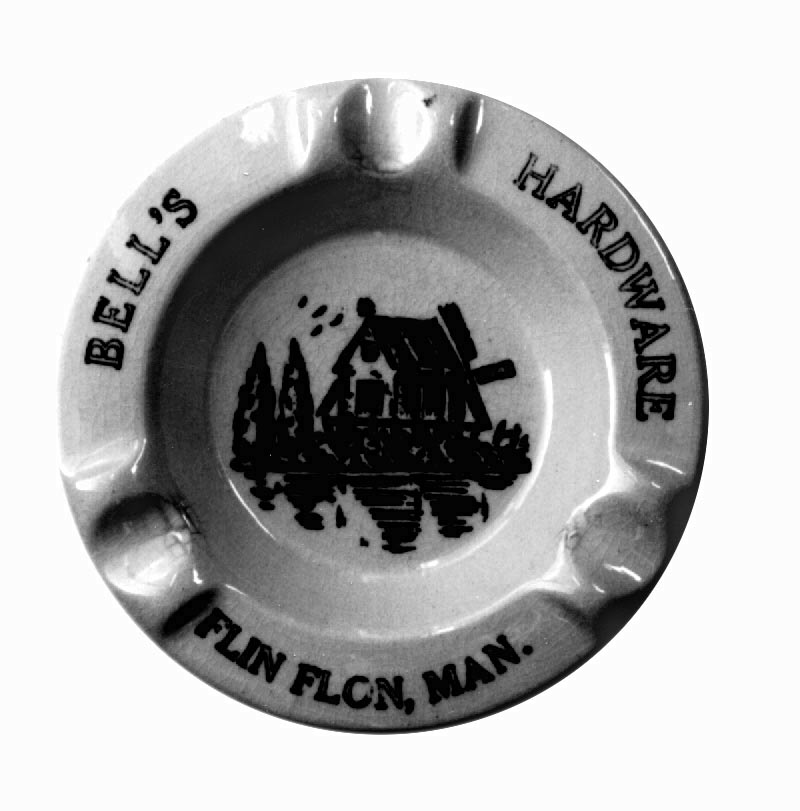