A number of plates have shown up with numbers under the glaze. One six-inch plate with the crest of the University of Victoria on it had the number “433” near the Medalta stamp. Another seven-inch plate, reportedly made for the R.C.M.P. as it was banded in a royal blue edged in gold, had the number “113” on it. The only other piece that I have run across was a fruit saucer bearing the number “455”; its decoration was a broad blue band. I hope to find out what these numbers may signify from one of the people that did the banding for Medalta, but as yet I have not had the chance to ask the question.

At least one Medalta product had a number on it relating the item to the Hotel China catalogue that Medalta put out around 1948. The number “701” located just above the Medalta stamp refers to the item listed as the “No. 701” Shallow Baker” illustrated on page 16 of the catalogue. The same page illustrates the “No. 415 Baker” but so far I have not seen this number on that style of baker; but, in time, I am sure that it too will show up.

The other numbers found in conjunction with the Medalta stamp that probably relate to the Medalta catalogue are the numerals 1, 2 and 3. They like the factory stamp are found underglaze, but they definitely were not part of the rubber stamp as they are found in various sizes and positions, including upside down placements. The item they are most commonly found on is the oval baker which came in three sizes: 6 oz. or the No. 1 Oval Baker, 9 oz. or the No. 2 Oval Baker, and the 12 oz. or No. 3 Oval Baker. The agreement of the numbers found on the products with the three listed sizes is 100% so there seems to be little doubt as to what these numbers indicate. I have recorded a few of these numbers on other products but, the sample size is presently so small that I am hesitant to say what they stand for. One of these other items is the round pot pie dish, and again when you check the catalogue you find that it was available in two sizes. In this case, though, the catalogue does not refer to them as the No. 1 and 2, but only as the 10 and 14 oz. sizes. 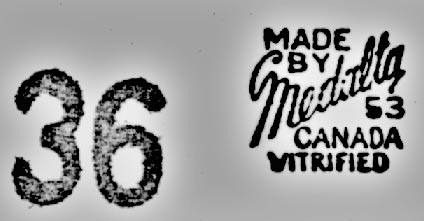 Two other numbers that have appeared on ovenwares are “36” and “40”. The former was on a ramekin which so far as I know was available only in the 4 oz. size. The other, number 40, was found on an oval casserole which came in 6 and 12 oz. sizes. Again, the number does not appear to relate to the sizes that this casserole came in. I cannot even be sure that these numbers were factory numbers as they are on the unglazed bottom of these ovenwares. For all I know they might be an auctioneer’s mark!

Another number that I cannot yet explain is found on the Astoria style of spittoon. Examples of this item dating to the 1920s have the impressed number “12” in the bottom, but it is only seven inches in diameter and about 4 3/4 inches high. My guess is that it was an error, but who knows how or why it happened! 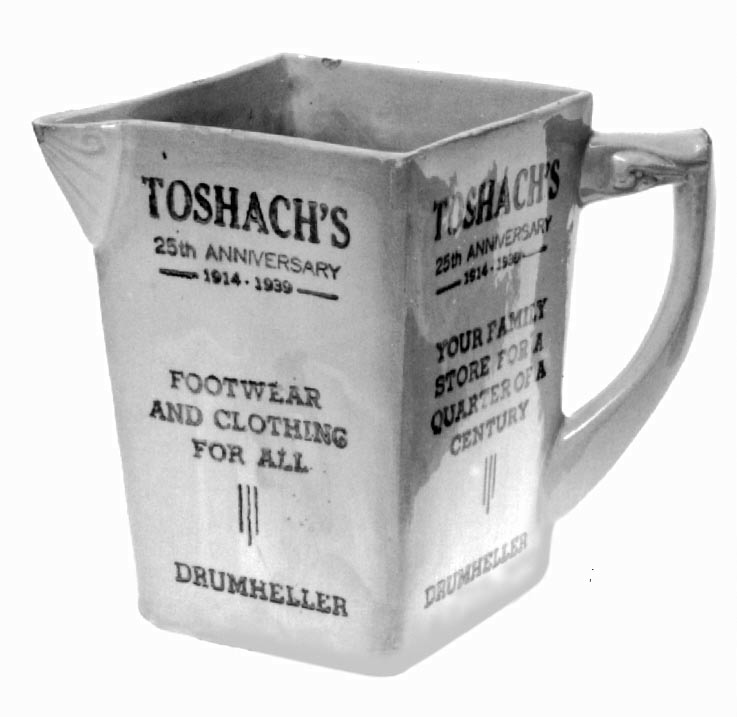